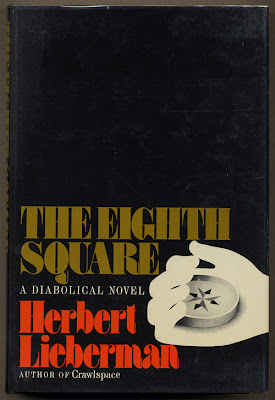 Getting lost in the woods.  Anyone who has experienced that sensation -- no matter if for a few minutes or a couple of hours -- knows that it can unleash some of your repressed fears. From Hansel and Gretel realizing the folly of leaving bread crumbs as a trail to find their way back home to the videotaped confessions of the terrified campers in The Blair Witch Project being lost in the woods is a motif repeatedly exploited to elicit thrills in fiction and movies. The Eighth Square (1973), Herbert Lieberman's fourth novel, is a story of getting lost in the woods, too. It's also subtitled on the dust jacket as "A Diabolical Novel" which leads one to believe that the Devil has a role in the plot. Lieberman spins a tale of facing one's fears, revisiting past traumas, testing the bonds of friendship and marriage, finding courage and hope and eventually surrendering to Fate. Where is the Devil in all this? Hidden deep within nearly every character.

The plot is relatively simple. A group of adults led by a surveyor with near supernatural powers are walking the boundaries of an estate in the countryside of a small New England town. While en route their leader suffers a stroke and is rendered speechless. Now left to their own devices -- and none of them are very good at reading a compass let alone the lay of the land -- they try to find their way out of the forest and back home. But as the story unfolds the novel departs from a tale of survival to become a complex multi-layered phantasmagoria. It blends realistic drama (sometimes stepping over into soap opera melodramatics) with scenes of the surreal and hallucinatory as we get to know each character through both spoken monologue and interior monologue. Eventually it is revealed that all of the characters have known each other since childhood and they find themselves reverting to their relationships from days long past. 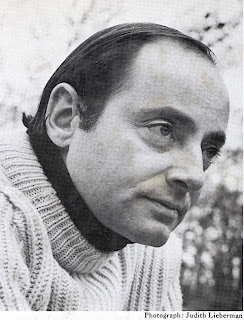 Lieberman's language is an example of what I like to call simile madness. Sometimes they are uninspired ("they were all silent, like shipwrecks on a spit of beach in the midst of a vast, unending sea") but often they are clever and offbeat ("as they wound their way like a weary snail in fits and starts up a gentle acclivity"). As their panic increases and tempers and fists fly Lieberman finds himself drawn to animal metaphors in describing his forest castaways. One character is described as a "slumberous bull", another as a heron making its way gracefully through the forest. Here are some other examples:

She darted like a bat swooping through the narrow circle of light.


...he swiped at her with the huge, ponderous, impatient motion of a bear agitated by a field mouse.

...the others swarmed all around the surveyor in deadly earnest, like wolves pouncing on a wounded stag.


Even the forest itself begins to take on a life of its own when Gladys, the one person who from the start never wanted to take part in the grueling hike, refers to the landscape that has swallowed them up into a threatening menacing beast. "[D]on't you feel it breathing? Growing" she says. "It doesn't care we're here." When John Bayles, the cynic of the crowd, says "Well, now it appears the forest owns us" the novel begins its journey into the land of nightmares. No matter how much existential talk and positive thoughts the hikers indulge in there is a lurking menace among them. In an eerie and brilliant touch their stroke suffering surveyor begins babbling quotations from the Book of Revelation confounding and spooking the lost hikers. Soon there is mutiny among the crew as they choose sides. Fights erupt, violence intrudes. The day passes into night and then another day passes, and another night. Will they ever get home? Are they trapped in a Sartre-like purgatory with menacing elements and a labyrinth of trees and rocks replacing a room with no exit? Is it truly the end of the world? Or only the end of this period of their lives? 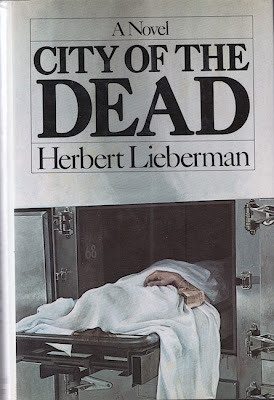 Herbert Lieberman is probably best known as the author of Crawlspace (1971), a creepy tale of a retired man and his wife and the young man they want to make their son. In his time he received plenty of rave reviews for his unusual books but never found the long lasting fame he deserved. He also seems to have been prophetic in pointing publishers to popular trends in crime fiction.

City of the Dead (1976), one of his most compelling novels, followed then the popular formula of a police procedural but substituted the usual cop character in the lead role with a medical examiner. Quincy M.E. was just about to debut on television at the time the novel appeared and fourteen years later Patricia Cornwell  would publish Postmortem that essentially gave birth to the forensic pathology subgenre. He also dabbled in the serial killer subgenre in his gruesome thriller Nightbloom (1984) a few years before Thomas Harris gave us Hannibal Lecter.

Several of Lieberman's books have been reissued as eBooks by Open Road Media. All of his books can be found in the used book market for relatively cheap prices. I urge you to discover this neglected, talented writer.  He had a unique vision and an uncanny gift for predicting popular trends in the future of crime fiction.
Posted by J F Norris at 7:40 AM