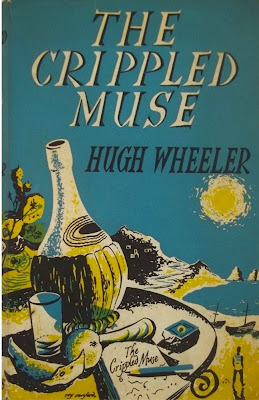 “Merape is a charming woman and distinguished poet. […] She is also a beautiful ruin. Ruins have gaping cracks in their battlements, rats in their armouries, jackdaws in their bell towers. And this, too, is true of Merape. You must beware, my dear sir…”


-- Professor Fishbourne-Grant in The Crippled Muse
Merape Sloane is a mysterious reclusive poet with a mystical aura and a coterie of protective sycophants. Horace Beddoes has traveled to the Isle of Capri where Merape lives in a sort of exile of retirement where he hopes to meet her, gain an interview and propose that he write her definitive biography. He happens to be an expert on Merape’s poetry having completed his Ph.D. thesis on her work which he titled "The Last Flowering of the Romantic Age". But when he meets Mike McDermott, a hack writer of sleazy potboilers, Horace is appalled to learn that McDermott has beaten him to the punch. Somehow McDermott managed to convince Merape Sloane that he would be the perfect man to write her biography and he has already a collection of notebooks with spicy gossip.

McDermott has also decided to title his book The Crippled Muse, alluding to Merape Sloane’s lifelong battle with illness that left her lame. This further upsets Horace because not only is it a near duplicate of his own planned title (The Crippled Corinna), the change of single word makes it a much better title in his estimation. Horace finds himself festering in jealousy and anger, struggling to keep from exploding with rage. A sex writer in charge of the life story of the genius Merape Sloane! What a cruel irony it all is.

Horace proceeds to drown his sorrows and sublimate his furor by getting blissfully drunk at a party where Merape is the guest of honor. In his besotted state he makes a fool of himself by introducing himself to Merape and groveling in her presence while slurring his drunken praise and admiration for her work. Shortly thereafter while stumbling home he comes across a bloody champagne bottle. Simultaneously he learns that Mike McDermott has disappeared from the party and not returned to his lodging. The next morning McDermott’s battered body is found at the foot of a cliff. It is thought that he too got carried with away with drinking, slipped and fell to his death. But the bloody bottle leads Horace to suspect foul play. 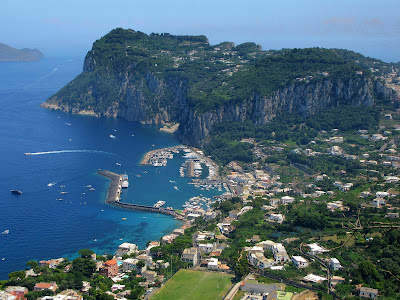 Soon Horace finds himself inextricably implicated in McDermott's death. He was seen holding the bottle by at least one person the previous night who then witnessed him throwing the bottle into the ocean. How will he prevent himself from being named McDermott’s murderer? But the novel is not simply another riff on the oft used wrong man theme. The crime plot serves only as background to Hugh Wheeler’s highly literate, allusion filled, languorous novel which touches on so many themes: love vs. desire, the importance of art in one’s life, the transcendent nature of lyrical poetry, the need to belong, the importance of finding home. The story defies categorization. It's a mixture of a literary detective novel, murder mystery and metaphysical exploration of attraction between all the sexes; a triple play mystery novel incorporating all connotations of the word mystery.

It's difficult not to find similarities in this book with some of Tennessee Williams' more recognizable plays about the sexual tension between a virile young Adonis and an artistic grand dame (Sweet Bird of Youth, Orpheus Descending, The Milk Train Doesn't Stop Here Anymore) until you realize that Wheeler's novel predates all of those plays, the earliest by seven years. Did Williams perhaps read this book and pick up on its theme either consciously or subconsciously? More likely is that Wheeler knew his Williams and either borrowed or was influenced by the playwright's trademarks.

The similarities in this one book to Williams favorite motifs are amazing -- the erotic temptations of Girlie and Loretta; the Duchessa who has a keen insight into the closeted homosexuality of McDermott and her sad resignation to being attracted to men who prefer men; Horace's repellent attitude towards the menacing pansexual Latvian gigolo Askold who attempts to blackmail Horace with sexual favors; Horace's admiration (attraction?) and envy for the brawny physiques of the Swedish masseurs who remind me of the athletic German couple and their overt sexuality in Williams' Night of the Iguana. The book is drowning with Williamsian desires whether they are forbidden, fantasized, or unrequited. Horace not only has the mystery of Merape's life to solve and clear his name of McDermott's murder he must confront the mystery of human sexuality in all its varied and nuanced guises. Horace's feverish confusion of sexual desire and love culminate in this lament:


Was this the way love operated--like a staphylococcus, one moment drowsing latent in the bloodstream, the next moment flaring up with renewed violence? [...] I'm a man and I don't know whether or not I'm in love--or with whom.

More than any of the Patrick Quentin or Jonathan Stagge books The Crippled Muse shows off Wheeler's gift for dramatic monologue. The sections with Clara Pott, Horace's landlady with a closetful of secrets, in particular foreshadow Wheeler's later success as an award winning playwright. There is a classic moment when Clara delivers a lengthy monologue detailing how Merape robbed her of her husband and her comfortable her life in Ohio. Her words are polite and contradictory to her actions. As she speaks Horace notices a flower in her hand that she continues to twist and crumple.  "No, I didn't dislike Merape," she says tossing the utterly destroyed flower to the ground. The book is replete with dazzling moments like that.

The Crippled Muse (1952) is Wheeler’s only novel published under his real name and it appears to have been a very personal work for him. He dedicates the book to Rickie – no doubt Richard Webb, his collaborator on dozens of detective novels using their pseudonyms Q. Patrick, Patrick Quentin and Jonathan Stagge. Webb had retired from writing in 1951 and Wheeler continued writing the mystery novels under those pen names alone. Unlike his mystery novels, as good as they are, in The Crippled Muse we discover another side of Hugh Wheeler. He gives us another gripping and suspenseful crime plot, but there is also a greater display of Wheeler's love of literature, his love/hate affair with American culture and Americans, his fascination with exotic locales and even more exotic people. Perhaps, too, if we read a little deeper into the story of Horace's self-discovery we find a  revelation of the enigmatic writer himself.
Posted by J F Norris at 11:53 PM